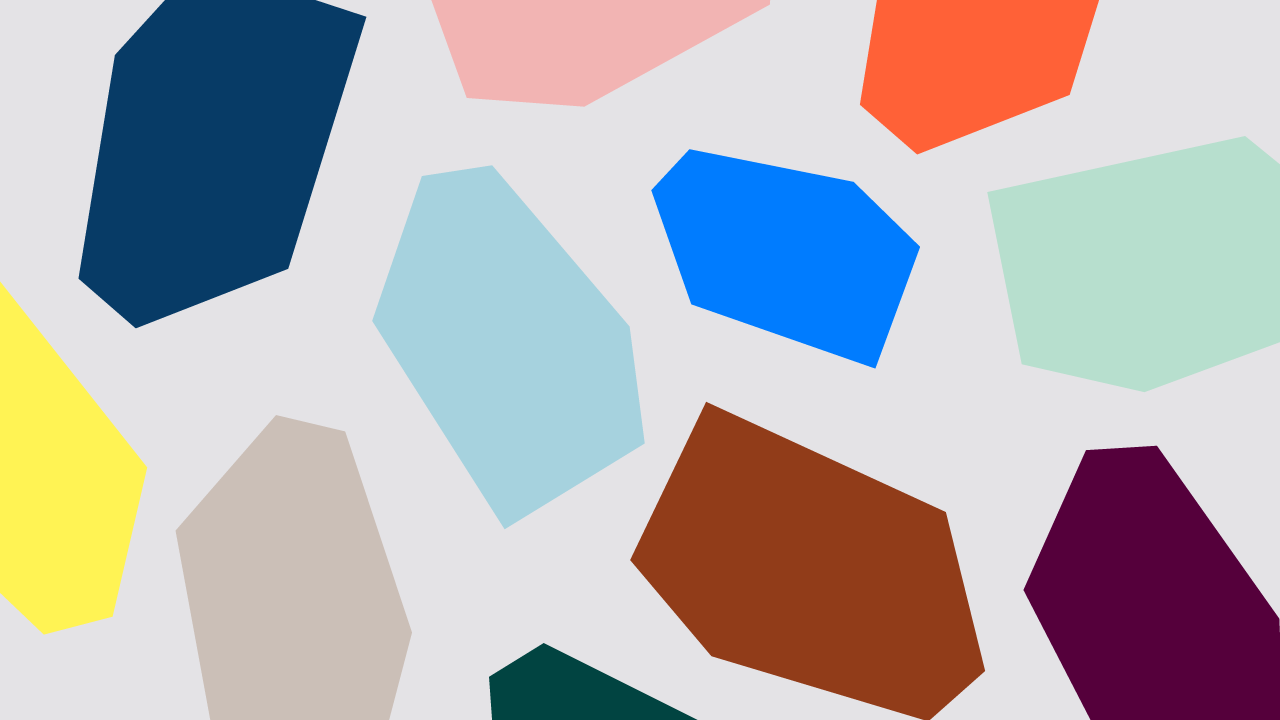 A new branch of contemporary design has developed in the last years, and jewellery design has not escaped its effects. It combines the importance of the designer's own imagination and playfulness of late pre-modern era objects with the self-referential, focused-on-mass-culture, democratic approach of Bauhaus-era designs. The accent is on symbolism, rearranging well-known elements to create new meaning.

Objects are created as icons that speak about their function and the history of objects alike. At the same time, they feature different kinds of symbols that refer to ideas existing outside their own semantic field, thus producing new synapses.

This phenomenon cannot be thought of outside of internet culture and its language made of icons and pop culture references. The pieces belonging to this trend come from the first generation of designers and makers growing up online and creating meaning under Internet's logic. A fast flow of information, democratisation of the message, and a synthesis in language are the main features that influence this trend.

Historically, one of the main functions of jewellery has been the transmission of a message: socioeconomic position, political or religious alignment, marital status, etc. Contemporary jewellery has been questioning what this message is for some decades now, bringing into focus issues such as value, in/exclusiveness, ways of production and gender. It also rethinks itself as an symbol-generating engine: the famous diamond ring is now an icon on itself. Its shape does not need to match its function anymore. It is now an earring, a link on a chain, a brooch. 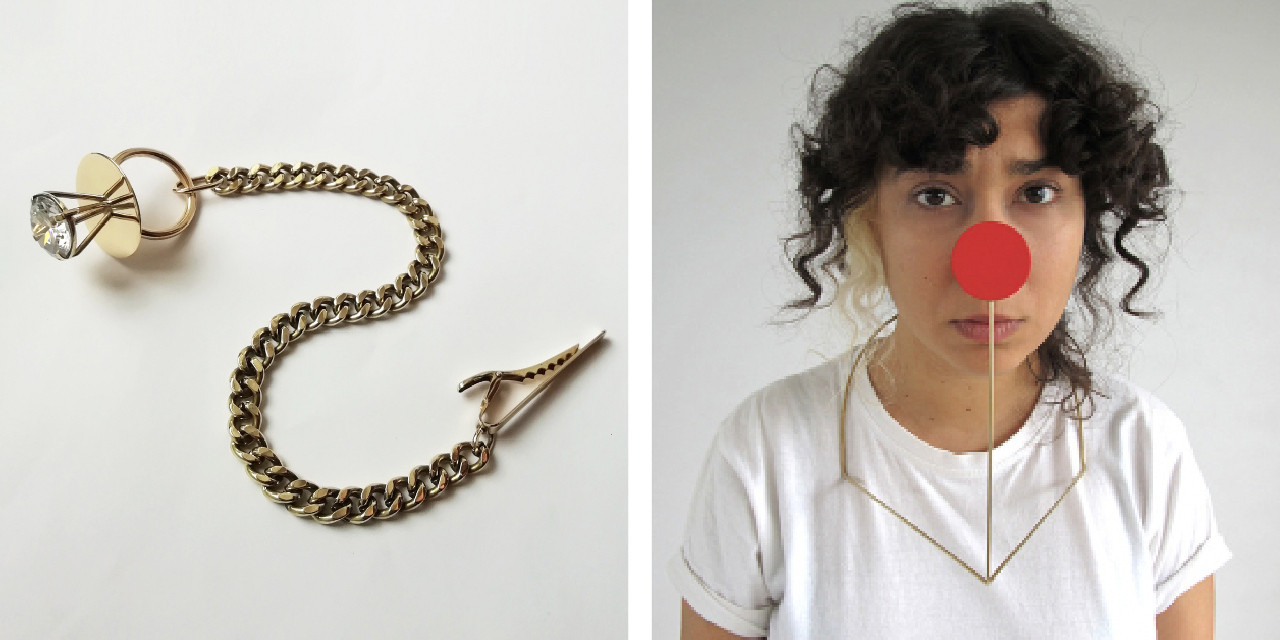 L-R: Pacifier pocket piece; The author and artist wearing a piece from her 'Bozo' series (2020)

Contemporary jewellery revisits known typologies and reinterprets them to speak about their cultural value, meaning and function. Later on the timeline, internet-era jewellers not only rethink the message, but renew its ways. They sustain the question, but change the language and tone. By doing this, they democratise the debate.

This branch of jewellery design, like everything on the Internet, has undefined edges. Is it design? Is it art? Is it craft? It's unclear and it's all connected. Yet, the work of designers following this trend can be clearly identified through its mechanisms. Some of the main features they all share are: a strong accent on visual features, a tendency towards 2D-ness, graphic synthesis, and a sense of humour.

The first of these mechanisms is a recurrent appeal to computer icons. The implementation of this kind of language – synthetic, modest, with no time for unnecessary features – in a field usually associated with intricate shapes and luxurious materials sets a clear tone. A younger, more democratic one. The intention of depleting jewellery from its ostentatious, elaborated motifs has happened many times in design history. However, it always tended to abstraction, and – even if the pieces were big and bold – a certain quietness. Internet-era symbolism is nothing but loud. Icons allow easily-understood, fast signaling. In this way, an object can be packed with meaning, using a synthesis of features. 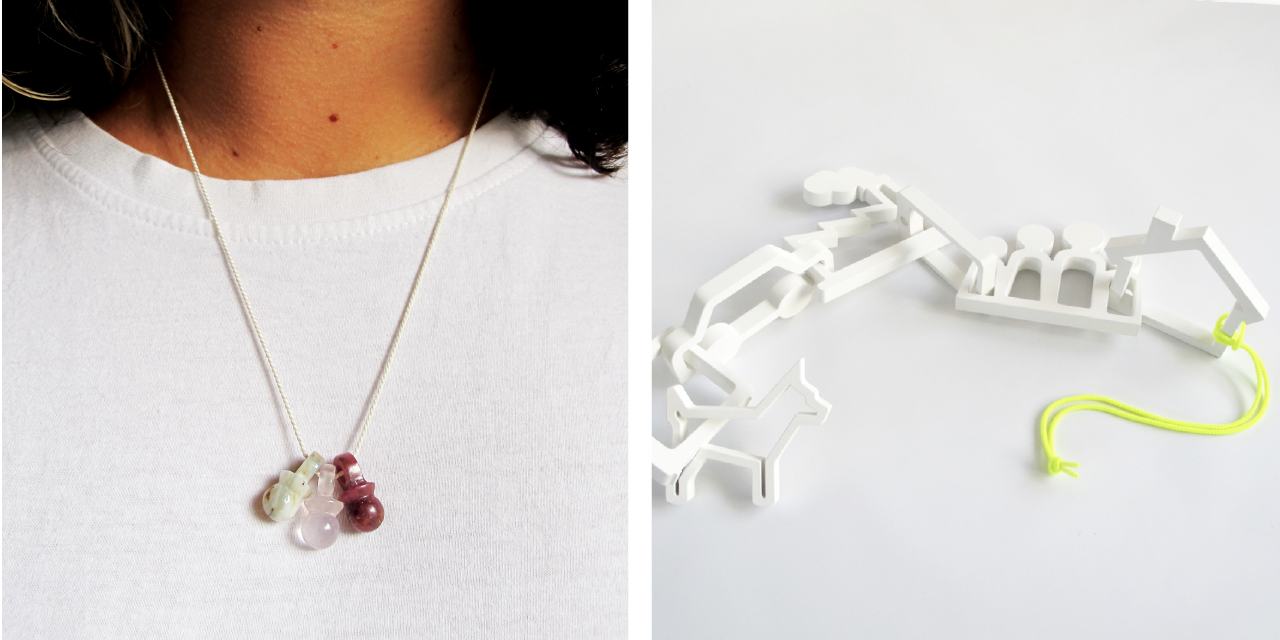 Another mechanism usually seen in this kind of work is the choice of alternative materials and techniques as symbols. In this case, a questioning of value is the main message. Cheap, disposable accessories are reconsidered as symbols of shared experiences and brought back to life in materials that are long-lasting and require a certain level of craftsmanship to work with. Expensive-looking pieces of jewellery are depleted from their materiality, transformed into icons of luxury and exclusiveness, and made accessible to a broader public by producing them in cheap, industrial ways. By doing this, the trend addresses matters of exclusivity and questions who and what defines what valuable is. What the creators and consumers of this trend value is the experience.

One of the most important effects that internet access at a massive scale has had is an increment of information coming from non-hegemonic places and realities. This led to, among other positive changes, a generation of individuals much more self-aware of their own privileges. Alongside came a great dissolution of gender expectations: jewellery produced in this context is no longer aimed by default to be worn by a man or a woman. The inclusion of queer identities is a given. Although "genderless jewellery" is not something new, it has for the most part recurred due to the suppression of gender-associated symbols and, once again, abstraction. In this case, symbols remain but are deprived from gender norms. 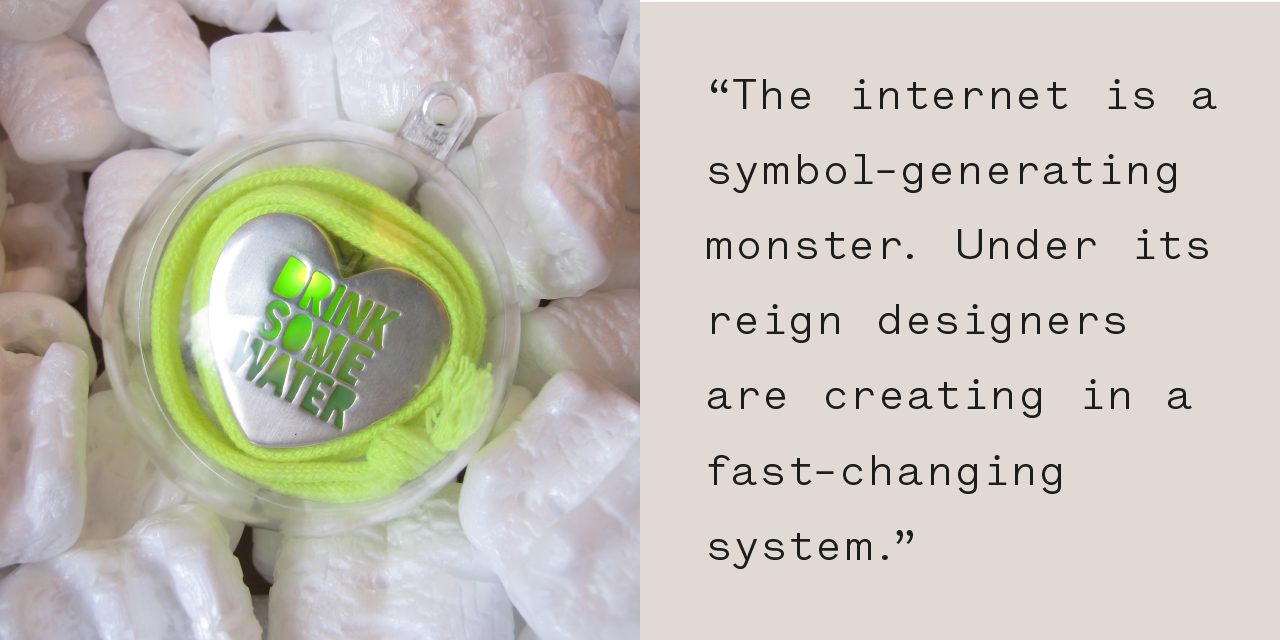 The internet is a self-feeding, symbol-generating, morphing (beautiful) monster. Under its reign, young designers are creating in a fast-changing system. The dialogue between the designer and what happens on the streets had grown fluent in the last decades of the last century, but now the action-reaction time is almost instant, only delayed by the time it takes to produce a new object.

A good example of this is type of dialogue is the rise and fast absorption of what we can call "bootleg aesthetics", an internet-born trend of appreciation for failed imitation products. Slightly-off cartoon characters, mismatched or misspelled names, and big brands logos used as pop icons – of course, without any legal permission – are some of the elements we can find on internet-era designs. Here again, we can observe an inversion of the scale of values and a validation of the "ugly" or what happens accidentally, as a byproduct. These are symbols of a society in which the production of content is not centralised, or even under control, anymore. To use these resources on a piece of jewellery is proposing what happens at the margins, what is supposedly imperfect, as beautiful. Also, a good laugh. 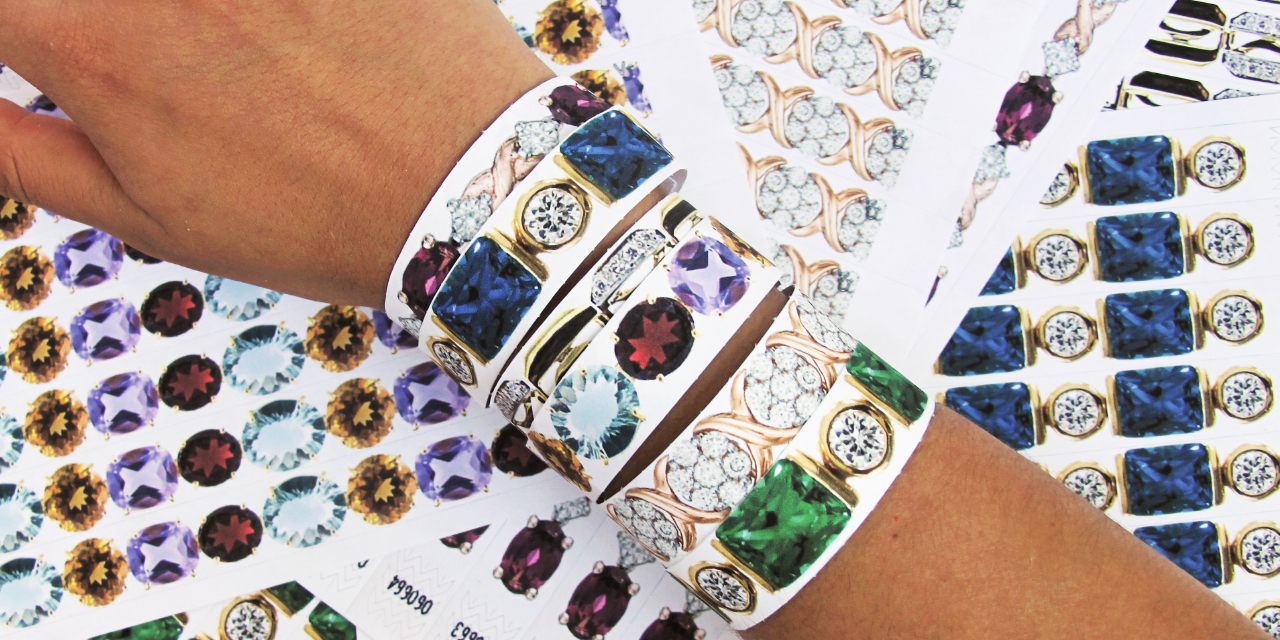 A sense of humour is another main feature of this trend, coming both from the designers and the consumers. A provoking, witty tone is always present, giving a nod to popular references and requiring a certain knowledge of a generational code. This points at a notion of authorship that is more collective than individual. References, again, are shared and external and do not belong (only) to the private, specific world of the designer.

There is also a noticeable emphasis on emotions. The valuing of feelings before considered undesirable or unproductive is an undeniable achievement of the children of internet, a generation of young individuals sharing their experience online with other people otherwise unreachable for them, with screens in between to help open up. With this new way of interaction came the realisation that these are not individual experiences, but ones that extend across the globe. And if television was the first flattening of the image in movement (that is from live performance to a screen) to enter people's homes massively, the internet did this for social interactions. 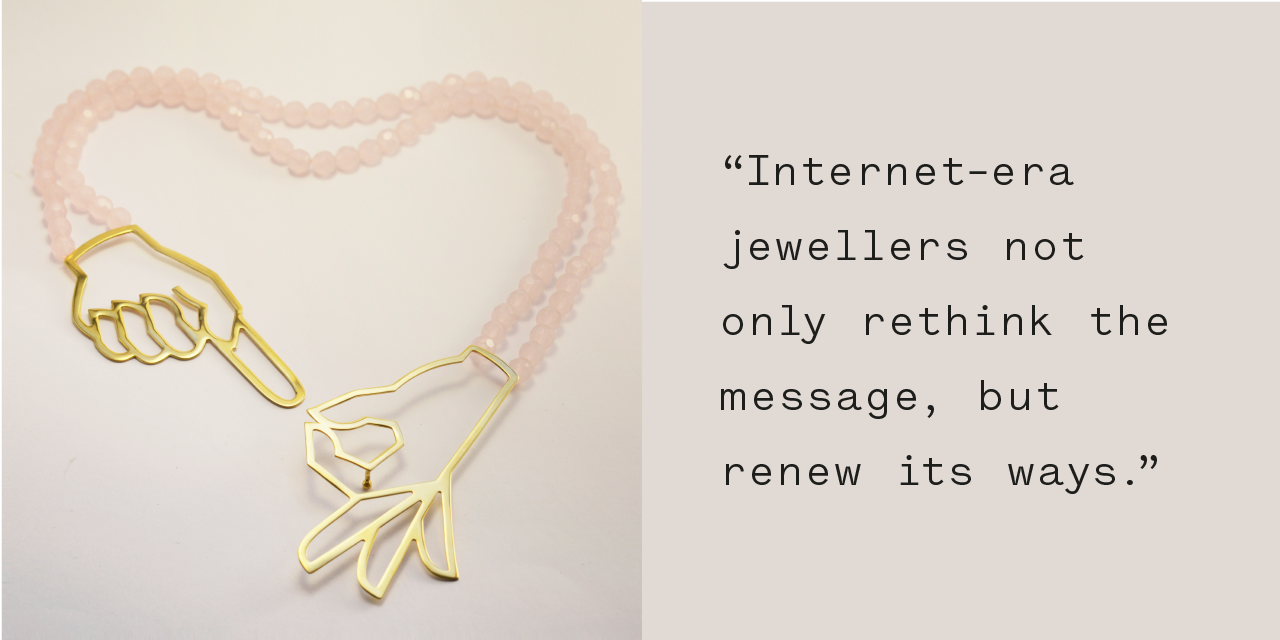 For this new setting, we needed symbols and icons to express non-verbal language. Enter emojis: a graphic, iconic, synthetic way of showing emotion. What is interesting is that we've been given a carefully designed dictionary of graphic representations of feelings. Facial expressions and hand gestures have been turned into icons and then influenced back by that same representation. We often find ourselves imitating an emoji.

Sharing a status or "a mood" online is something that happens too naturally nowadays to not be taken outside the screen, so we wear it. It is the 2.0 version of the "mood ring"- now the wearer has gained agency and decides the exact mood they want to share. A statement piece that makes the most of internet-era symbolism fluently engages in this type of language and puts the accent on the communicational aspect of jewellery. In a more poetic approach, the act of wearing can be seen as a metaphor of what we carry with us emotionally. 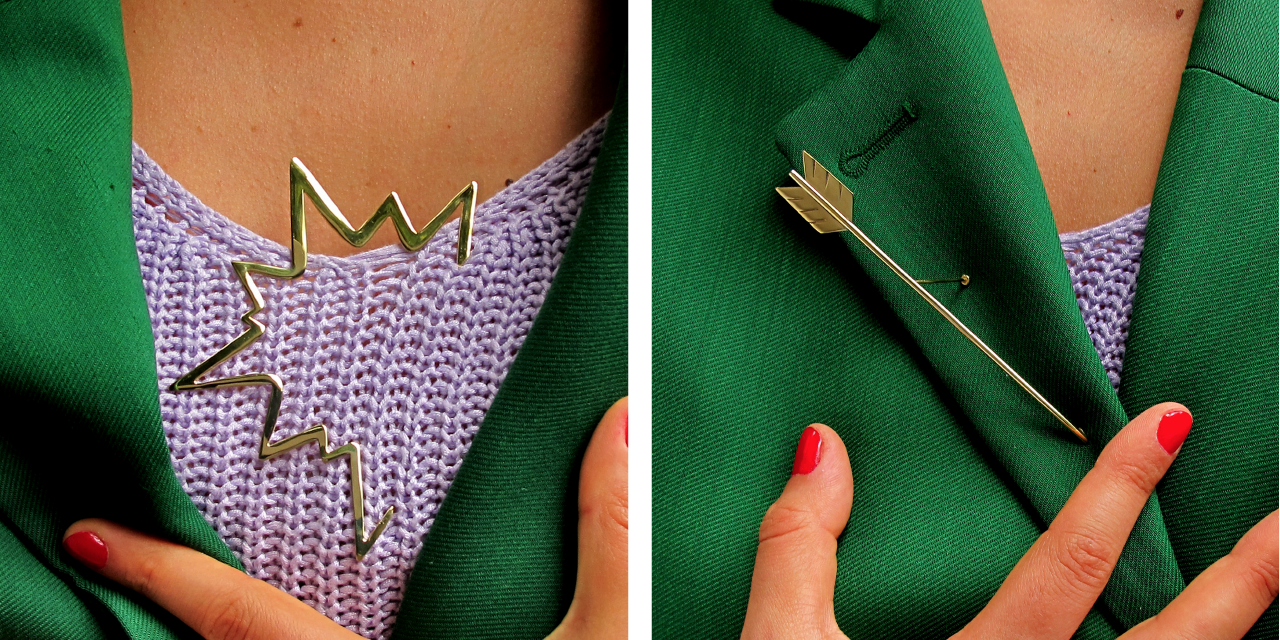 Interestingly enough, among the validation of this "new" reality and its language, an undeniable pre-internet nostalgia can be found. If childhood memories were always a big source of inspiration for designers to produce their work, it is important to notice that what we are currently witnessing is the last generation of young designers that had an internet-free early childhood. Pre-internet computer graphics and cartoons aesthetics are mixed with a post-internet language, mixing and morphing to symbolise inner worlds that combine these two realities.

Lastly, it is in this contradiction that we can perhaps find the most interesting aspect of this trend. It is what encourages designers to return to crafts. An increasing need to feel grounded and connected to the material world (away from screens), combined with the awareness of what reckless industrial production has done to our world, fuels what we can call a new wave of the Arts & Crafts movement. This approach produces a concrete effect: what takes time and effort to produce is not so easily discarded. When something is "carved in stoned" (or in this case, cast in metal), it is bound to last. This way, a fleeting reality can be somehow grasped. To represent this language, otherwise impossible to hold still, through a discipline in which durability is a key element, is a counterbalancing act. Salvaging ways of producing discouraged by an hyper-automated society is yet another attempt to question values and hierarchies. 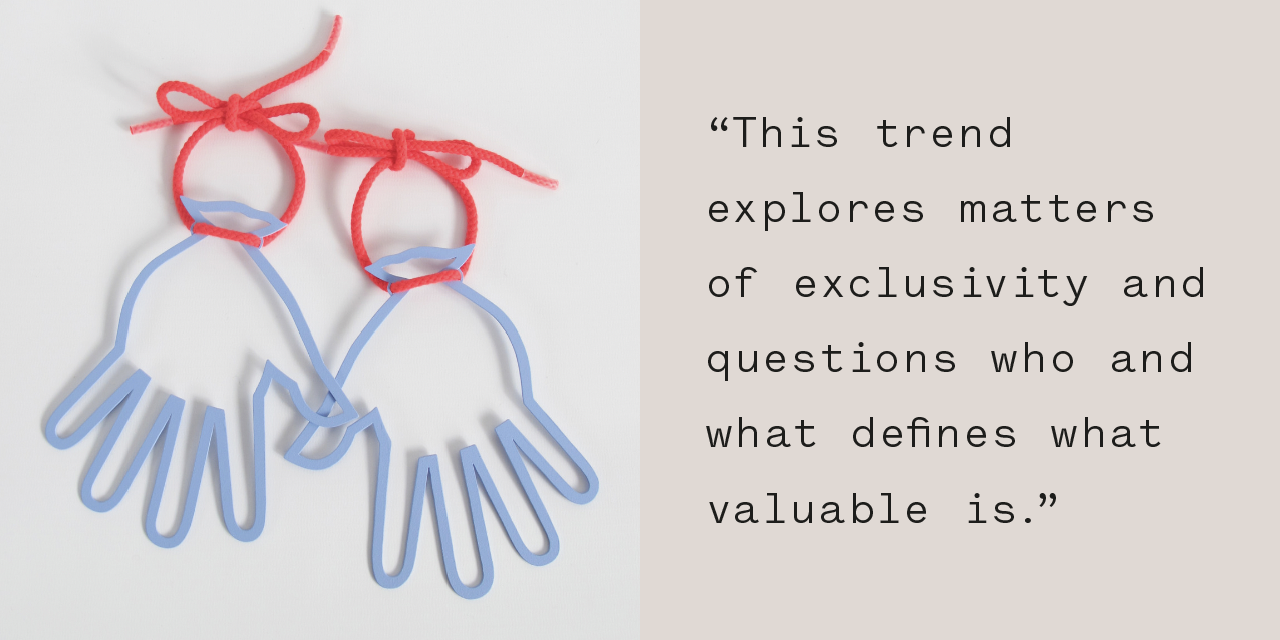 The truth is, we cannot think of anything as exclusively "internet-era" anymore. Everything is internet-era from now on, until a bigger change comes along. What clearly differentiates this trend from posterior but already-here trends is its in-between tone. It has a an eye on the past, and an eye on the future. It does not create something anew, but remixes known symbols in a different way, and the message lays on the decision to make these connections, on this juxtaposition of meaning. As humor can be a more appealing way of addressing difficult topics, in an age of multiple possibilities but also great uncertainty, to employ familiar symbols can give us a gentler, more including way into new ideas.

Other practitioners in the field of contemporary jewellery producing work, at different degrees, aligned with this trend are Ashley Khirea Wahba, Georgina Treviño, and Göran Kling, to name a few.