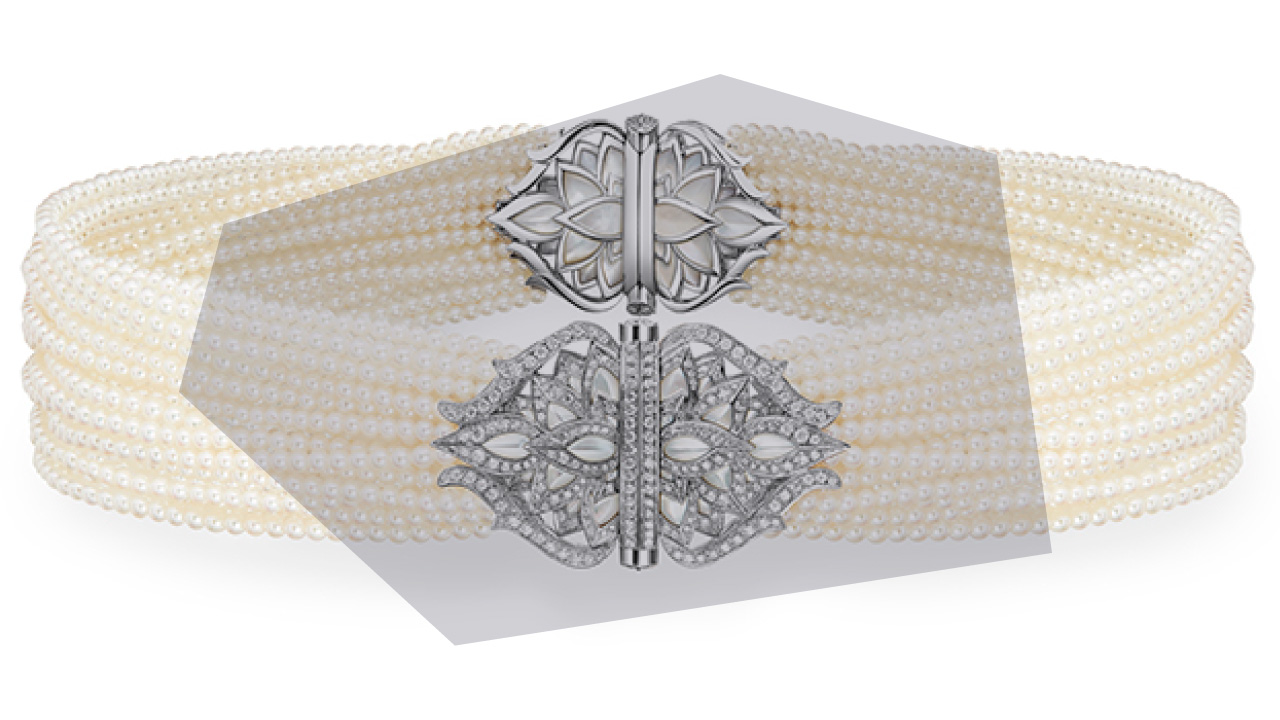 When Boucheron released their New Maharajas collection earlier this year, the jewellery industry universally called it a triumph. A reflection on Boucheron's largest and most important commission, created for the Maharajah of Patiala in 1928, it was modern, forward-thinking, and undoubtedly one of the best archive collections ever conceived.

While it’s nothing new for established houses to take a dive into their archives for inspiration, not all have received such high recognition for their work. So what sets Boucheron’s collection apart from others, and what does it really take to create the ultimate archive-inspired jewel? 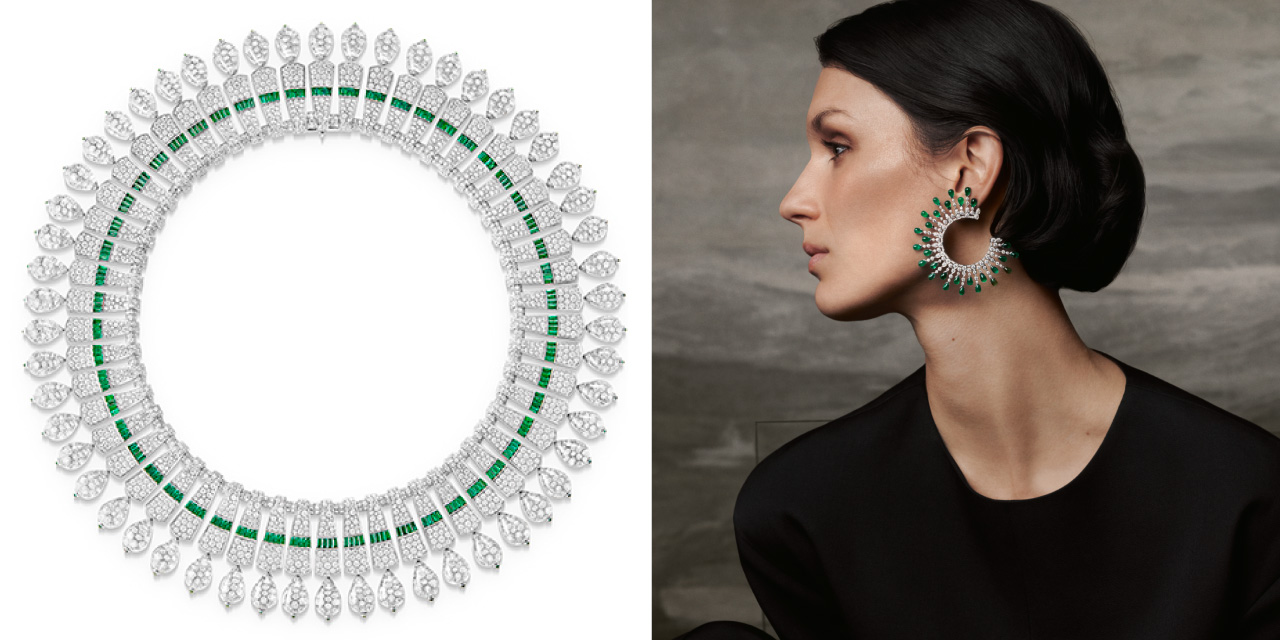 Shake off the past

An archive’s history and original materials can quickly overwhelm any inspired collection. Between bold colour palettes, difficult to obtain materials (in Boucheron’s case think countless important emeralds, no-heat rubies and sapphires, flawless diamonds, etc...) and antiquated techniques, you can see how this is a daunting task.

To do away with this historical weight, Boucheron Creative Director, Claire Choisne, made the decision to eliminate nearly all colour from the collection, only sparing Colombian emerald-green. By opting to work primarily in creams, whites, and transparencies, Choisne took the opportunity to introduce materials which were not part of the original commission such as cocholon, mother of pearl, and diamond pavé overlaid with rock crystal. These materials simultaneously spearheaded Boucheron’s modernisation, and expanded Choisne canvas, allowing her to mix in other historic and cultural references. As a result, this tempered and highly considered palette managed to tell the story of the Maharajah of Patiala’s commission, without being held to its dazzling past. 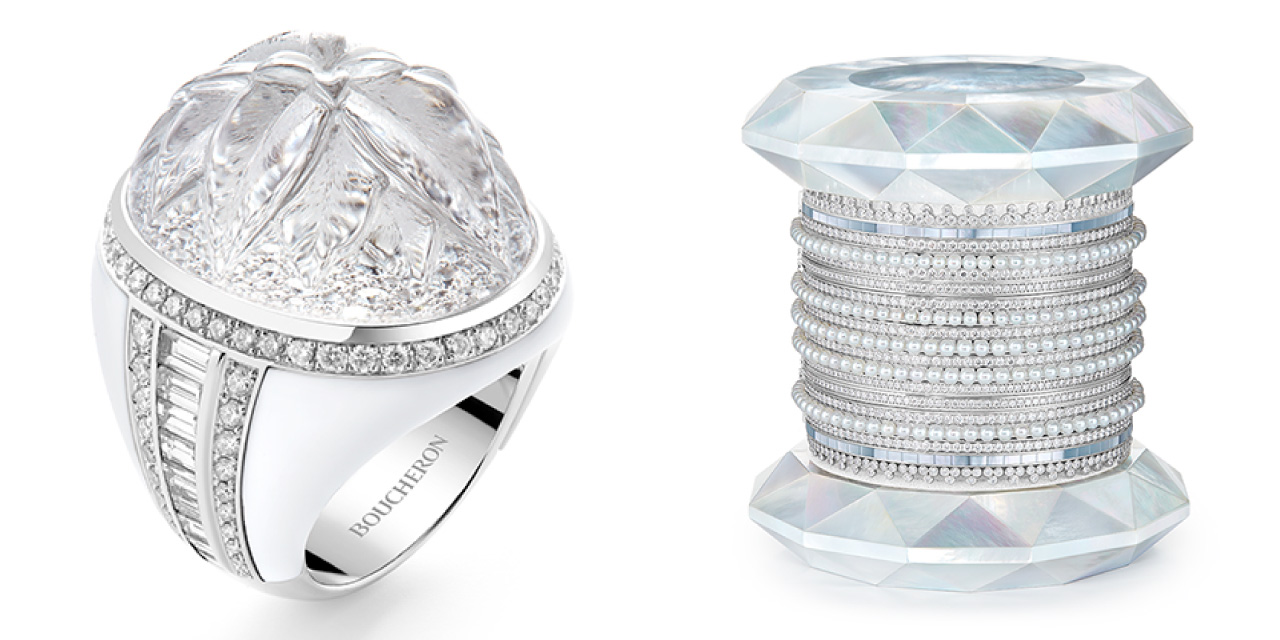 Jewellery is a microcosm of society. As a result, understanding and respecting a jewels historical context becomes paramount to the success of any inspired collection. By working with historical experts, designers not only gain a better understanding of the past, but they also begin to draw connections to society today, allowing elements of history to shine through in a new light.

Take for instance the New Maharajas ad campaign in which male, female and genderless models were featured. While women today remain the predominant market for high jewellery, there is a growing segment of gender-neutral and male clients looking to further define their personal aesthetic through jewellery. Having a major house provide this representation is as important a step forward as it is strategic. Although Boucheron has featured both genderless and male models in past high jewellery advertising, the added element of these figures throughout the new campaign is particularly poignant given its Maharajian past. 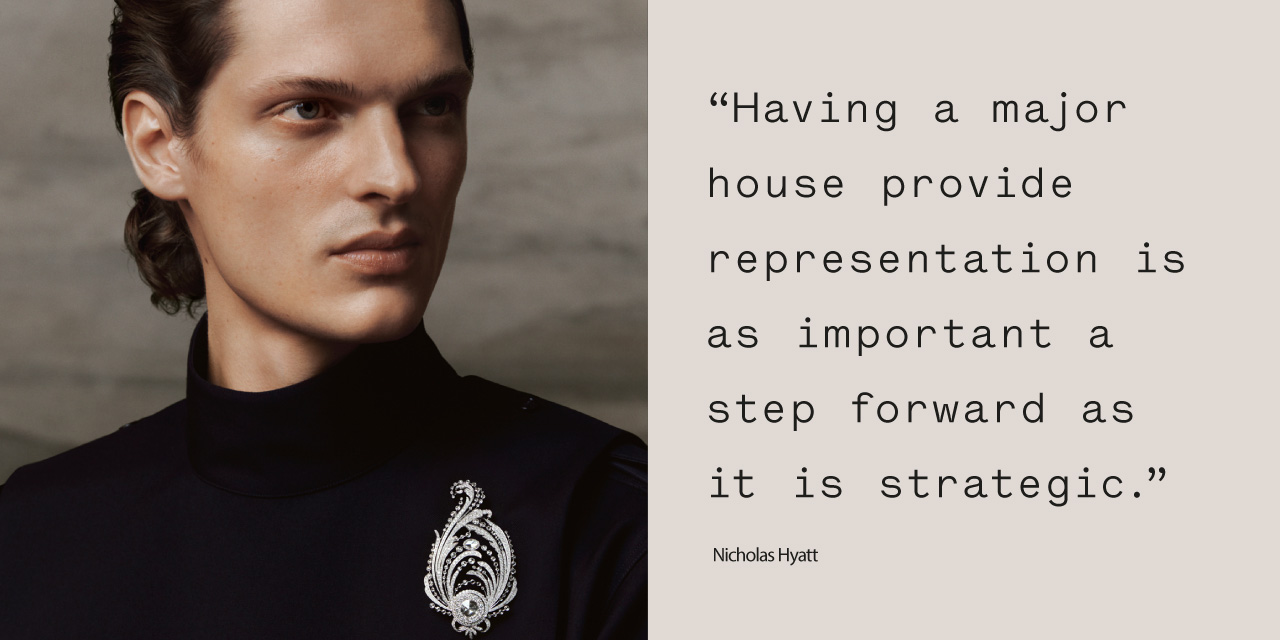 Furthermore, Boucheron’s design team had the pressure to respect both their own archive and a very different, culturally rich society. Working with historian Vincent Meylan – an expert specialising in royal jewels and their history – helped Choisne and her team to navigate a 21st century social minefield. 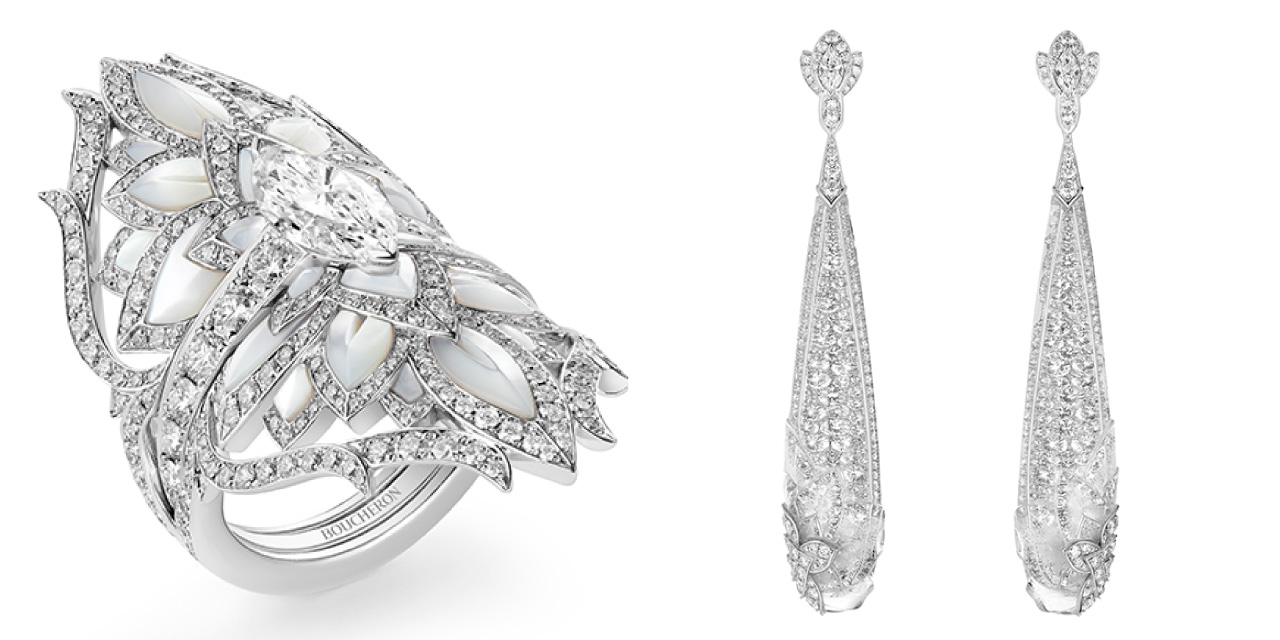 When it came to period Maharaja jewels, the logic was, “bigger is better.” For today’s collector, these ideals have changed. Clients are still looking for statement jewellery, but it must also be easy to wear and cost conscious - after all, even the wealth at the top of the 1% pales in comparison to that of a historic Maharaja.

While it could have been easy to just simplify designs or settle for lesser stones, Choisne decided to take the road less travelled, compromised nothing, and fully reconceptualised the original drawings. Scaling necklaces into ear ornaments, redesigning aigrettes as hair pins, and adding multi-functionality to many of the jewels created, each piece could be worn with denim as much as it could with evening wear.

Combined, these elements create not only a desire to acquire, but – in true Maharaja style – they ultimately spawn a hunger to wear and enjoy these jewels daily.

Executed with uncompromising perfection, Boucheron has created a mirrored crystal ball - a vision into the future as much as the past. I have no doubt we will see New Maharajas grace the bodies of society's modern-day royalty, and I hope to see other houses and designers take note of the many lessons which lie within this outstanding collection.